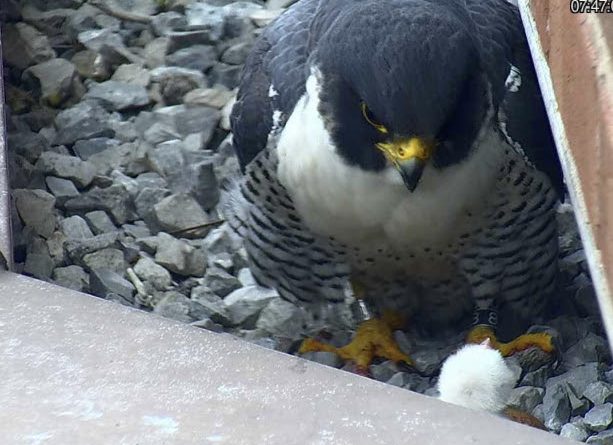 (Photo above: Lilly, one of her chicks, and an unhatched egg. Credit: Hamilton FalconWatch)

As we near the end of April, volunteers and Falcon enthusiasts are paying closer attention to the Falcon nest on the Sheraton Hotel in downtown Hamilton.

This year, an egg was first spotted on March 18 on the east corner, which has a partially obstructed view. As a result, we could only confirm that there was one egg. The average size clutch is four eggs. Lilly faithfully incubated the egg(s), while Ozzie brought her many snacks and sometimes took over, so she could stretch her wings.

On Tuesday, April 28, we saw our first chick of the year. Shortly after, we determined that there were two chicks. The next day we had a clear picture of another egg still in the scrape. It is common for the eggs to hatch over a period of several days, just like when they are laid.

We will continue to watch to see if we have three or four chicks this year. We intend to have them banded again, but with the pandemic we will modify the process to ensure safety for all.

You can follow along on our Facebook page or watch the live cam at falcons.hamiltonnature.org. We look forward to announcing the total number of chicks we have next month! 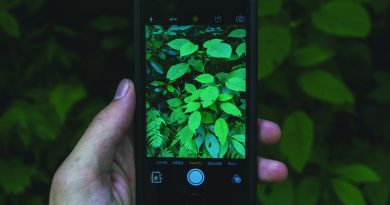 Have Your Nature Photo Featured in The Wood Duck! 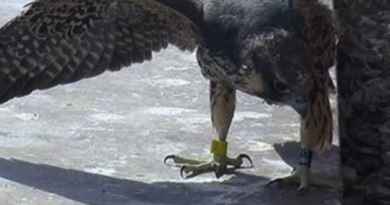 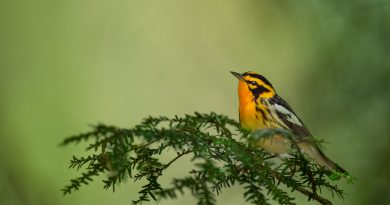