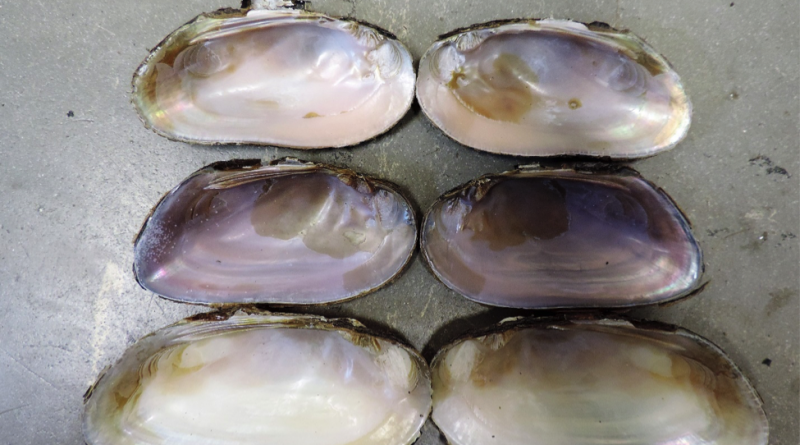 It doesn’t take much effort for me to go back in time in my mind to my childhood nature explorations while family camping or spending time at the cottage. My curiosity often led me to spend hours staring into the water of lakes, rivers, and ponds to see what was living in this other world so close and yet so removed from my own. With the sun warming my back and sparkling on the surface of the water, I would marvel at the minnows, water bugs, and crayfish as they went about their business. With my bucket, I would attempt to capture the inhabitants to have a closer look. Often I would see “clams” in the sand at the bottom and wonder how they lived out their lives. I would see their trails so I knew that they could move, but how would they do so without legs? Outwardly, they were rather plain, but when I found the shells of predated ones, I loved looking at the beautiful pearly white insides. Little did I know that I had just scratched the surface of understanding and appreciating the fascinating world of freshwater mussels (they are not clams).

With her presentation on Freshwater Mussels during the February 10th, 2020 meeting, Sarah Richer, Species at Risk Biologist in the Natural Lands department of the Royal Botanical Gardens, opened our eyes to the many fascinating attributes of these unassuming creatures, guided us through the helpful features for identifying them, and made us aware of their challenges today.

The first slide presented a cute Harp Seal with the statement “1% of the animals, get 99% of the love. We love the 99%”. The bottom part of the picture showed a selection of some not-so-cute critters (e.g. snakes, insects, spiders, and of course, mussels) that don’t get as much attention but are nonetheless important parts of healthy ecosystems.

She attributed our very own Paul Smith for flicking on the switch for her interest in this group of animals. Freshwater mussels belong to the phylum Mollusca (with squid, octopus, snails, slugs), the class Bivalve (with peaclams, fingernail clams), and the family Unionidae (pronounced Yu-nee-AWN-neh-day). There are around 1000 species of freshwater mussels worldwide. North America has the highest diversity with around 300 species. Unfortunately, that number is already starting to decrease with 21 species extinct in the United States. Some of Canada’s species are headed towards extinction as well.

Here in Ontario we have 42 species. Though that is a lot, this number pales in comparison to the number of bird (270), butterfly (164), and even mammal (86) species in this province, so she has faith that we can learn them! Fifteen of the 42 native freshwater mussel species (35.7%) are listed as either Special Concern, Threatened, or Endangered in Ontario. That places freshwater mussels as second behind reptiles as the highest proportion at risk. Of the 17 other species, 13 are in decline. Freshwater mussels need our help, but in order to do so, we need to know what they are about, how to identify them, and what is causing their declines.

Though our freshwater mussels do not reach out and grab our attention, they are important contributors in our natural areas. One mussel feeds on bacteria, algae, and detritus and through its bodily processes filters 40 litres of water per day. As Sarah puts it, “Who among us poops out cleaner water than they take in?” This clearer, more habitable water benefits other aquatic species.

However, freshwater mussels cannot do this marvelous feat unless we provide them with a healthy habitat to thrive and survive. Sarah compared two slides, one showing the cleaner water and healthier mussel population of the French River and the other, Cootes Paradise, showing a less healthy mussel habitat. The difference in mussel numbers was shocking. Deforested hillsides, pavement, dams, litter, dredging, erosion, and pollution all lead to bad mussel habitat. Good healthy mussel habitat has thriving hillsides with a multitude of native trees and plants whose deep roots stabilize the banks. Eventually the rain and water we use from our cities move down to Cootes Paradise and Grindstone Creek. Decreasing the amount of pavement allows rain to percolate through the soil resulting in cleaner water journeying down to our water bodies.

Degraded habitats are not the only problem our mussels are facing. One of the biggest culprits to their demise is the introduction of the invasive non-native Zebra Mussel. One adult female can lay 30,000 to 1 million eggs each year! They adhere to hard surfaces, including other mussel shells. This prevents our native mussels from moving, feeding, and breeding, leading to eventual death. Zebra (and Quagga) Mussels are multiplying and spreading at an alarming rate throughout the Great Lakes and to other waterways in North America.

Historically, massive numbers of mussel shells were harvested for the button industry (e.g. from the Thames and Grand Rivers) before plastic buttons started being used in the 1940s. This exacted an unknowable impact on their populations since we have little to no pre-button baseline information on mussel populations. By the way, it isn’t recommended that we eat them for they can live several decades accumulating toxins so at least they are safe from our dinner plates.

We found out some surprising and fascinating information about our native freshwater mussels. During the larval stage of their life cycle (called glochidia), they are parasites. They hitch a ride on the gills of a host fish where they feed until they are mature enough to drop off and develop into adults. Depending on the species, this can take from six days to six months. If their host fish species is not present, the glochidia cannot survive. With our native fish species struggling from pollution, degraded habitats and invasive species, this spells disaster for our mussels.

Furthermore, Zebra Mussels have the upper hand because they do not need a host to complete their life cycle. How does the glochidia reach their host fish? Well, freshwater mussels have some cool “come hither” tricks up their sleeves, ur…shells. They are able to draw fish species to them through deception by imitating their prey. For example, Rainbow Mussels have a lure that looks and moves like a crayfish, Wavyrayed Lampmussels have different lure types (crayfish, darter, leech), and Fatmuckets mimic minnows. When the fish wanders too close for its easy meal, the mussel will shoot out the glochidia at the fish, hoping at least some will adhere to the gill lining.

In order to help freshwater mussels, we need to be able to identify them. The Toronto Zoo and Fisheries and Oceans Canada offer a free “Clam Counter” app. They also have a water-proof Field Guide to Freshwater Mussels of Ontario booklet which costs $10. A variety of different traits will help you successfully determine the species. Look at the general size. Is it larger or smaller than your hand? Is its lateral shape compressed or inflated? Compare the overall shape…Is it rhomboidal, round, oval, elliptical, triangular, etc. At the hinge line of mussels is a beak (a bump). Is it visible or not visible? What is the external colour and pattern? Is the shell surface ridged or bumpy? What is the internal colour? The hinge teeth inside the shell might provide you with clues as well as the structure of the beak. Also, the habitat type could lead you to a correct identification. Is the substrate muddy, silty, sandy, organic, or stony and is the water still or moving?

Sarah has conducted research at the Royal Botanical Gardens in 2016 to see which freshwater mussels can be found there. Predators help us out with census-taking by leaving the shell remains of their mussel meals on the shores. By collecting these shells, Sarah has discovered the remains of seven species at the Grindstone Marshes, the most numerous being Paper Pondshell; six species at Carroll’s Bay/Hamilton Harbour, mostly Eastern Elliptio; and seven species at Cootes Paradise, the largest population being Paper Pondshell. Zebra Mussel was largely not found in the Grindstone and Cootes Paradise marshes. Is this an undesirable substrate for this invasive species? Why is Paper Pondshell the dominant species in the marshes and not in the harbour? Is it because of the habitat differences, the carp exclusion, or the marsh restoration efforts? In 2016, abundance surveys were also conducted to estimate the density of the mussels. Looking at the number of mussels/square metre, there were about 0.5 in Cootes Paradise and 1.0 in Grindstone Marsh. A healthy marsh should have about 10, so these results are discouraging. However, based on sampling efforts, Cootes Paradise represents the largest known population of Lilliput and Paper Pondshell in Canada.

So how can we help our native freshwater mussels? To avoid inadvertently transporting invasive mussels, always wash and empty boats, anchors, live wells, and ballast thoroughly when moving between water bodies. Shoreline clean-ups help the water quality, fish, and wildlife. They also reduce hard surfaces on which Zebra Mussels can attach. Never release anything from an aquarium into our water bodies or transfer bait between water bodies. Keep shallow parts of our wetlands undisturbed. Report your sightings and help out with surveys. And lastly, plant native at home.

I’m sure after Sarah’s talk, we’ll never look at the “clams” we see in our lakes and rivers the same again. They are fascinating and under-rated creatures that are integral to our natural ecosystems. So let’s hear it for our freshwater mussels! 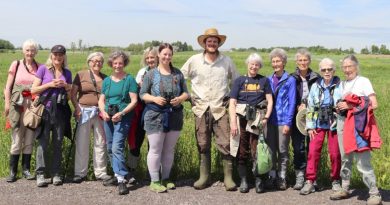 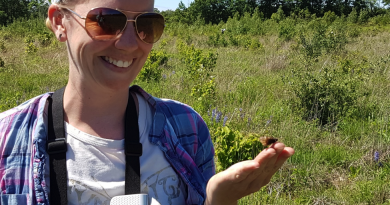 Webinar Recording: Protection and Recovery of the Mottled Duskywing in Ontario 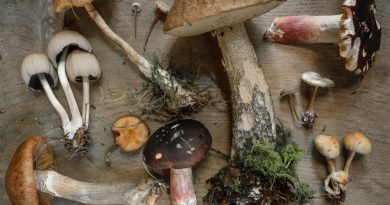 Webinar Recording: Where is Fungus and Why Should You Care? Identifying and Understanding Fungi in the Urban Forest