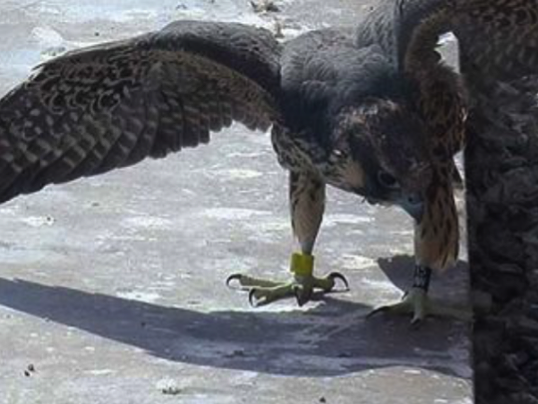 (Above: Griffin shortly before his first flight. Photo: Hamilton FalconWatch)

The two peregrine falcon chicks, Whitehern and Griffin, kept many people in the community entertained and at times on the edge of their seats. The three coordinators took note of feedings, wing flapping, helicoptering, and then flights. These notes are summarized into a daily log and posted on our website and Facebook page for anyone who would like a more detailed account.

This year the Falcon Watch has been like no other year. With all the restrictions it began slow with the coordinators and only senior monitors with rescue training providing relief during their breaks. Many members were watching remotely through the webcam. As the restrictions were lowered, we had another volunteer come in to help when necessary as the chicks grew and took their first flights. Griffin was the first to fly the coop this year on June 9. It appeared like he was flapping his wings, building strength, when a gust of wind gave him a brief lift off. He went down a little but recovered nicely and flew a shaking but good first flight. The next few days were intense as we played hide-and-seek with Griffin while hoping Whitehern would not attempt to fly too soon, now that she was all alone in the nest. It was reassuring to see Lily commonly perched on the nest ledge or one close by.

Late afternoon on June 12 Griffin got into some trouble and was seen falling from the south side of the Standard Life building. He landed on King St., near the sidewalk, but quickly moved near the Anchor Bar patio. Griffin then flew off but unfortunately did not get high enough and flew into the Thompson building where he was rescued and then taken to the Owl Foundation in Vineland to be checked. Other than some bruising he got a clean bill of health but was kept and monitored to ensure there were no long-term effects resulting from the collision. On Sunday, June 21 it was announced Griffin would be released back into the wild. Two senior monitors took him in the rescue box back up to the roof near the nest and held their breath as he was released. After a pause on the roof he took off and had a nice strong flight over to the Marquee building.

After flying around a lot on Sunday after his release Griffin took a rest before picking up his game of hide-and-seek with the FalconWatch members. It is definitely hard to get a solid ID on the chicks when they don’t stay still long enough. They both had tape put over their right ID band last month during their banding (Griffin’s tape is yellow and Whitehern’s is red). The tape will come off and the silver ID tag will be visible again. This is done to assist in identifying them as they grow and begin to explore downtown Hamilton.

We had incredibly great luck this year as the nest camera, which takes pictures every 10 seconds, caught Whitehern as she took off for her first flight on the morning of June 12. The excitement did not stop there as she displayed some strong flights, visiting different buildings in downtown Hamilton — including high up on the new Marquee building — but she soon seemed to favour the louvres on top of the Stelco building and now the BDC building ledge looking into the offices. For the first few days she returned to the nest to sleep but has since stopped, preferring to spend the night on other buildings close by. As the days go by, we watch Whitehern fine-tune her flight skills as she catches prey dropped to her by Lily before she begins to hunt her own prey. There has been some talon touching with Lily when they are both in flight. Lily will fly upside down and under Whitehern to execute the talon touching. Whitehern shows little fear — she chased a turkey vulture several times. On the morning of June 25 FalconWatch members were treated to Whitehern flying high in thermals, playing with what looked like juvenile bald eagles.

We will continue to monitor the chicks for a while longer to ensure they are doing well, while enjoying their progression. It is truly incredible to watch them develop from little balls of white feathers into the amazing predatory birds they have become. As an adult they will be capable of reaching speeds up to 390 km/h as they dive bomb their prey, their eyes continually readjusting during flight, similar to a heat seeking missile. They were identified as an endangered species in 1978 primarily as a result of the use of the DDT pesticide. Thanks to efforts to assist in restoring them in the wild and many FalconWatch programs, including the Canadian Peregrine Foundation and our own Hamilton FalconWatch. In late 2017 they were declared no longer at risk in Canada and the peregrine falcon is still categorized as least concern globally.

You can follow along on the Hamilton FalconWatch Facebook page or watch the live cam at falcons.hamiltonnature.org 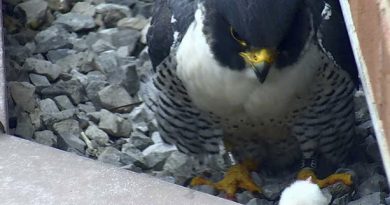 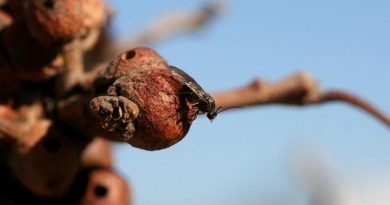 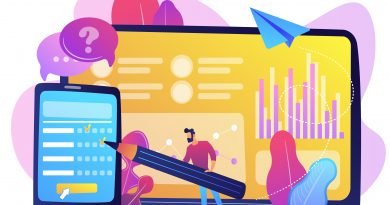